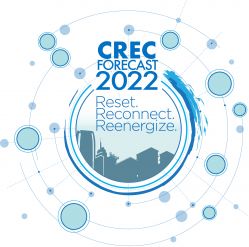 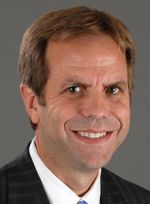 Mr. Parrack joined Price Edwards and Company in 2007 and heads the firm’s Retail and Multifamily Divisions. The divisions encompass management and brokerage activities for over 50 shopping centers in Oklahoma and North Texas and over 2000 apartment units.  Parrack is actively involved in overseeing all management and leasing efforts of the firm’s retail and multifamily portfolios to ensure asset protection and enhancement of client-owned properties. Jim is an active member and participant in ChainLinks Retail Advisors, a national retail leasing and networking organization and is a Certified Property Manager as designated by the Institute of Real Estate Management.  In addition, Jim has extensive experience acting as receiver for distressed properties of all product types. 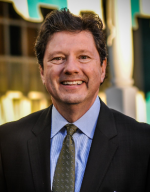 Peter Ricchiuti is the business professor you wish you had back in college. His humor and insight have twice made him the top professor at Tulane University’s Freeman School of Business. In a recent competition, Peter’s teaching delivery skills placed atop a field of 500 universities representing 43 countries. Peter is a graduate of Babson College, started his career at the investment firm of Kidder Peabody & Co and later served as the assistant state treasurer for Louisiana. There he successfully managed the State’s $3 billion investment portfolio. In 1993 he founded Tulane’s nationally acclaimed Burkenroad Reports student stock research program. Here he leads 200 business students in search of overlooked and underpriced stocks in six southern states. Peter and the Burkenroad Reports have been featured in The Wall Street Journal,The New York Times, Investor’s Business Daily, The Washington Post, CNN and CNBC. In 2014 The Financial Times published Peter’s first book, Stocks Under Rocks and he currently hosts a popular weekly business program called Out To Lunch on National Public Radio in New Orleans. He served as a director of Amedisys, Inc. (AMED/NASDAQ), the nation’s largest home healthcare company (1997-2015). During this period the stock rose by about 1000%. Peter has addressed over 1000 groups in 47 states. These include groups of nuns, tin can manufacturers, money managers, waterpark owners, insurance professionals and NFL players. He has even done a couple of TED talks. 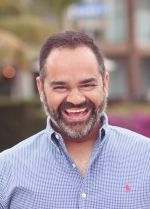 As an entrepreneur with more than 20 years of experience, Piyush Patel became an innovator in corporate culture as he grew his company, Digital-Tutors, into a leader throughout the world of online training. He has had a chance to impact over 1.5 million professionals all over the world, and has worked with industry leaders including Pixar, Apple, Ford and NASA, to name a few. He is the founder of Dream Big coaching and best selling author of Lead Your Tribe, Love Your Work. After selling Digital-Tutors, Piyush knew he needed a firm that could help his family transition from being business owners to managing a family office. When he couldn’t find a firm that fit the bill, he helped found Full Sail Capital, a Registered Investment Advisory firm offering family office services that now manages more than $1.5 billion for wealthy families. When he’s not mentoring and coaching executives and entrepreneurs, you can find him cooking something delicious in the kitchen with his son Nick or planning a new adventure with his wife, Lisa. For now, Piyush’s current business journey takes him to wine country in California where he and Lisa are proud owners of Conclusion Wines in Napa. His hope is to leave a positive, lasting mark on those who cross his path.

Jeff Seymour currently serves as the Executive Vice-President for Economic Development for the Greater Oklahoma City Chamber. In this role he leads the Chamber’s effort to expand the regional economy through new business recruitment, providing support to existing businesses and entrepreneurs and meeting the talent and workforce needs of current and future employers.